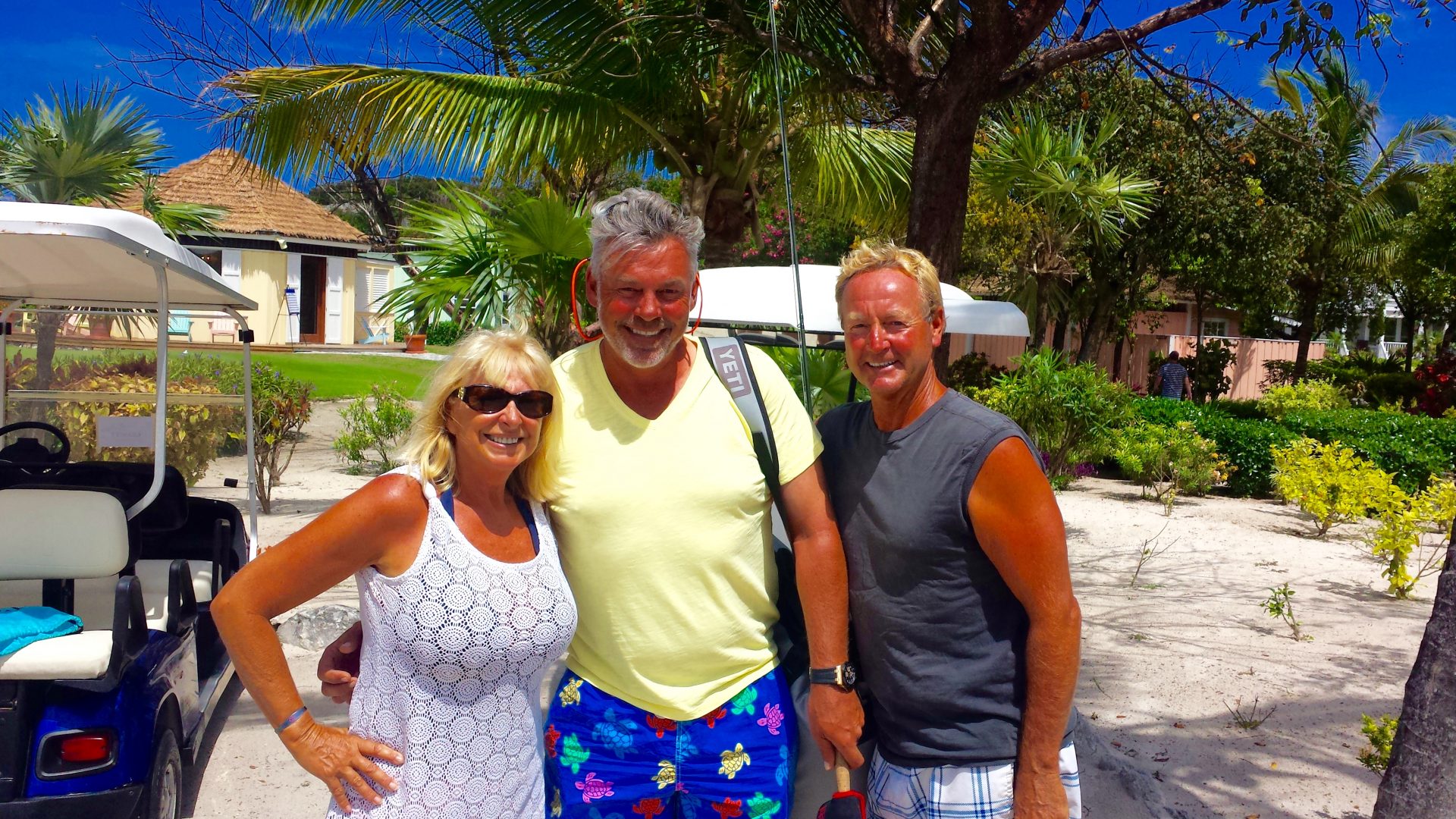 Darren Clarke played in the Masters this week, but the week before we ran into him at Busters Beach Bar at the Abaco 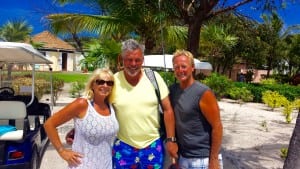 Club on Winding Bay, his home in the Bahamas. He asked if we had played the course yet. No, we zipped around it
taking photos as soon as we arrived but would play in the morning. We said we were just as excited about the fishing as we were about golf. He replied, “Fishing is more fun.” The next day or so the buzz was all about him catching a rare 30-pound permit, promotional pictures forthcoming. 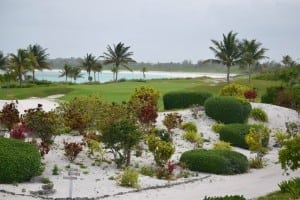 The Abaco Club on Winding Bay is a gorgeous repeatable play into infinity course where the sea beckons even from the bunkers with precious little seashells surrounding the golf ball. On the day we were rained out on the
fourteenth hole, we took a ten-minute shuttle ride as suggested by so many members, with Bahamian born Zeke in an old Toyota sedan to Pete’s Pub in Little Harbour. There we met the locals and Charlie Sweeting, descendant of original settlers. The coconut cracked conch which came on 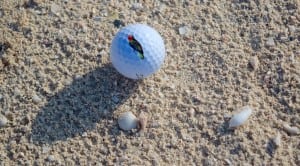 a platter large enough to share with everyone was as amazing as the beautiful conch shells. Charlie offered to take us on his boat the next day to catch some conch of our own. He seemed nice though perhaps a bit rumified so we were needlessly skeptical. New Englanders Mr. Gordie, Bryan and Barbados (so nicknamed because he was born there) assured us that Charlie was an ace seaman and good for his word to meet us with his boat at 9 am. 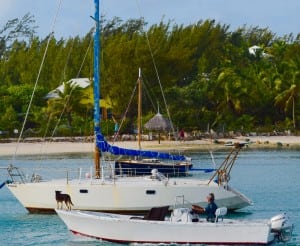 Sure enough, Charlie and his dog Puppet were there on time after making a test run that we watched, out of Little Harbour. We settled into the boat’s old wicker loveseat with cameras, snorkels, towels, and water. Away we sped over Charlie’s turquoise domain with hardly another human in sight. We did catch a conch. They don’t run fast. The trick is actually spotting them since they blend so well with the bottom. The sand squished around our feet, in between our toes and every few steps we would sink knee deep. The water was silky and lukewarm. Puppet perched on the bow dancing to maintain footing as we bounced over waves. His head dodged constantly tracking the fish. Following his head while seated on the bow beside him, produced an aquatic show of sea turtles, stingrays and even a shark. Charlie showed us the blue hole, over 2,000 feet 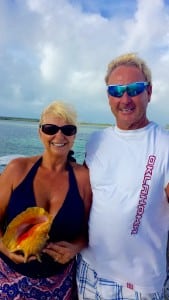 deep with tunnels for diving exploration and a memorial on shore for three boys who never surfaced while their parents waited in the boat above. It said, “Let this be a forewarning to any who would endeavor to explore the tunnels below.”   Charlie said we could swim around in it if we’d like. We passed. Instead we snorkeled closer to shore and found a couple more conchs with lips large enough to pass the legal harvest test. Back in the Harbour, a Belgian was hoping Charlie would take his family of nine fishing next. First Charlie took care of our conch, cracking a slit with an axe and prying the alien creature from his florescent shell. He carved around the meat, saved some chum for later fishing and ate the tubular piston. Smiling, he gave Danny the next one and said, “It’s like Viagra.” That’s all we’ll say about that.

We heard that Pete’s Pub owner and master sculptor was in his foundry working. Indeed, Pete Johnson was fine-tuning the facial details of a miniature Diana for the 7-foot version to 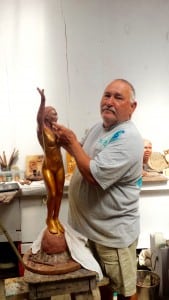 be installed in Palm Beach. Pete’s a whole other story. Could this day get any better? Yes. We took our conch shells and meat back to Busters Beach Bar at Abaco Club on Winding Bay where chefs Suzie and Monna Lisa prepared conch salad, similar to ceviche. It was delish. We played another incredible round of golf on the number one course in the Bahamas, hit the beach, and met more friends at the “rake ‘n’ scrape” barbeque at the Cliff House where one of Pete’s sculptures welcome all. Families dance together after dining to the rhythm of the local band. Abaco is a little outer island of the Bahamas with absolutely huge treats. Stay tuned for more tales from there.