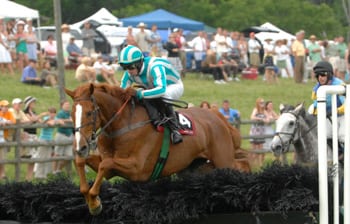 Camden, South Carolina is steeped in history, golf and the Steeplechase. Quick! Name the last US Grand National Steeplechase winner. It is not Elizabeth Taylor’s National Velvet, although that was the grueling race portrayed in the movie. Perhaps not as popular as the Kentucky Derby, Steeplechase is more demanding than any of the more recognizable equestrian events. The track is 4 miles and 3 ½ 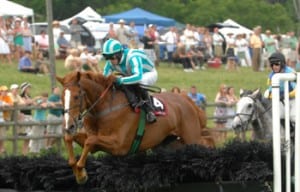 furlongs with over 30 fences to jump along the way.

In 1939, a small horse named Battleship, with a larger than average rider overcame the 40:1 odds to win the prestigious Grand National race in England. Now you know. Its owner, Marion DuPont Scott, established the grounds for the tracks and museum at the Springdale Race Course in Camden. Today, November 15th, the Colonial Cup is playing out there. Attendees will no doubt venture into The Steeplechase Museum filled with trophies and stories of this unique sport. The Carolina Cup will be raced in the spring if you want to combine the event with golf at:

Camden Country Club – What a track by the tracks! The train blows through the course several times a day. There is no track housing though, only a few holes with

very stately homes. This Donald Ross course has an easy beginning until number 5 which can be a bugger. The right bunkering complex under trees makes a nearly impossible approach shot so go left on the drive. The main challenge as with most of Ross’s designs lies in the green complexes.  His devious, sloping nightmares can frustrate even the best of players. The deck of the two-story clubhouse is a great 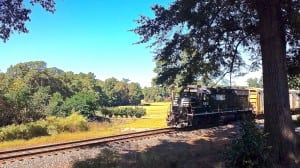 spot to eat, drink and observe the folly. Tennis courts and a swimming pool round out the amenities.  The William F. Buckley family, who resided in Camden, saved and restored this great course.

The town is filled with antebellum and colonial style estates for touring. Jennifer Lee, no relation to the 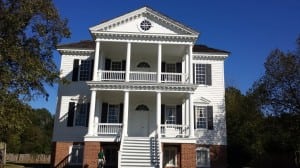 general guided us through the Kershaw Cornwallis house, built in 1730s. It was burned in 1865 but proudly reconstructed after a30 year process. It is has an airy Georgian style. Kershaw’s great, great, great, great, granddaughter Joanne Craig also conducts historical tours including  the Camden Archives Museum providing genealogy assistance and a room dedicated to golf history. The Railroad tracks in 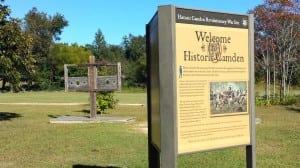 the Grand Hotel era brought Northerners trying to escape the winter. Golf and polo courses sprung up before Florida was discovered. The museum also boasts the display of Mr. Beard’s best gun collection in the south – weaponry from 1882-1941. A 90 pound 50 caliber rifle sits on the library counter-top. Please don’t try and pick it up. Stockades still stand onsite where 44 reenactments of the battle of Camden, fought 234 years ago have taken place. 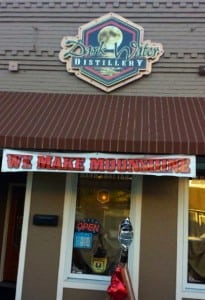 Camden is 120 miles east of Charleston built where the ocean once came through. Now, Dark Waters might run deeper than still at the distillery downtown. They’ve got some hot stuff there, 200 proof moonshine brewed in the on premise stills that will burn your throat or apple flavor, just 25 proof as soothing as mama’s pie. We suggest teeny sips for tasting. Cart away your purchase in mason jars, befitting the venue. The heat doesn’t stop with drink. Salsas incorporate drops of the alcohol and hot peppers. The hottest is not yet for sale but they snuck a bottle in our bag, registering some million scovilles, which is chili pepper language measuring yeehaw! It is bound to inspire a new country song, perhaps sung in a deep octave.

Shine on down the road to Sam Kendall’s, an upscale steak house where the 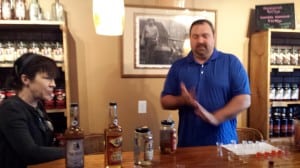 proprietor is happy to consult on the main menu as well as his seasonal sheet featuring quarterly fresh flavors and libation pairings.  Brick walls and antique ceiling enclose the cozy atmosphere with a kitchen window open to the chefs’ preparations.  Southern Charm is what calls golfers to Camden.

The Olde English District is a lot of ground to cover and we haven’t brushed the surface in our chapters, so to customize the right package for you, trust Ricky Saucier’s team at http://www.golfpackagesofsc.com/olde-english.asp