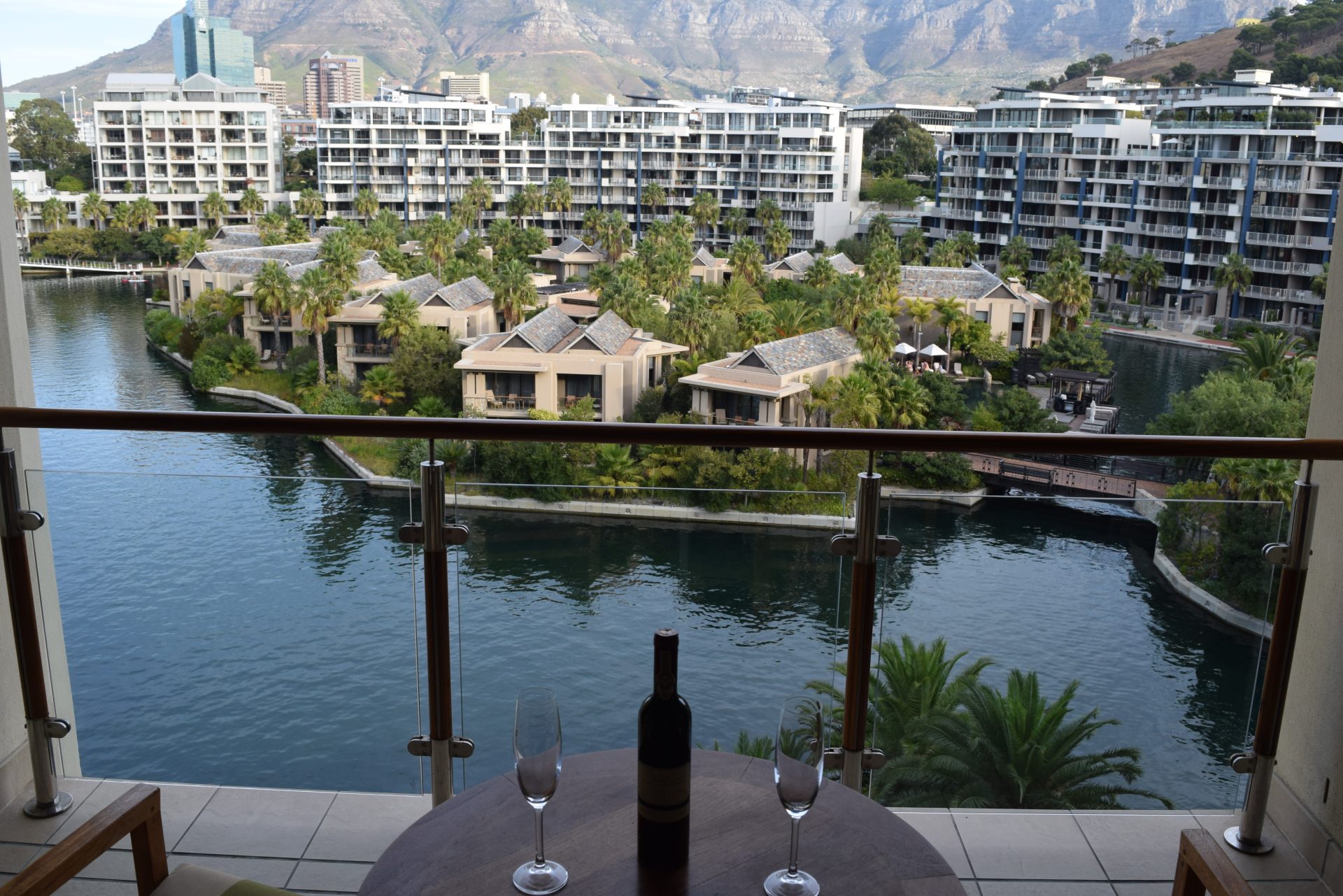 October 14, 2015 Comments Off on South Africa Danny and Alice Scott

Got Game? South Africa Does 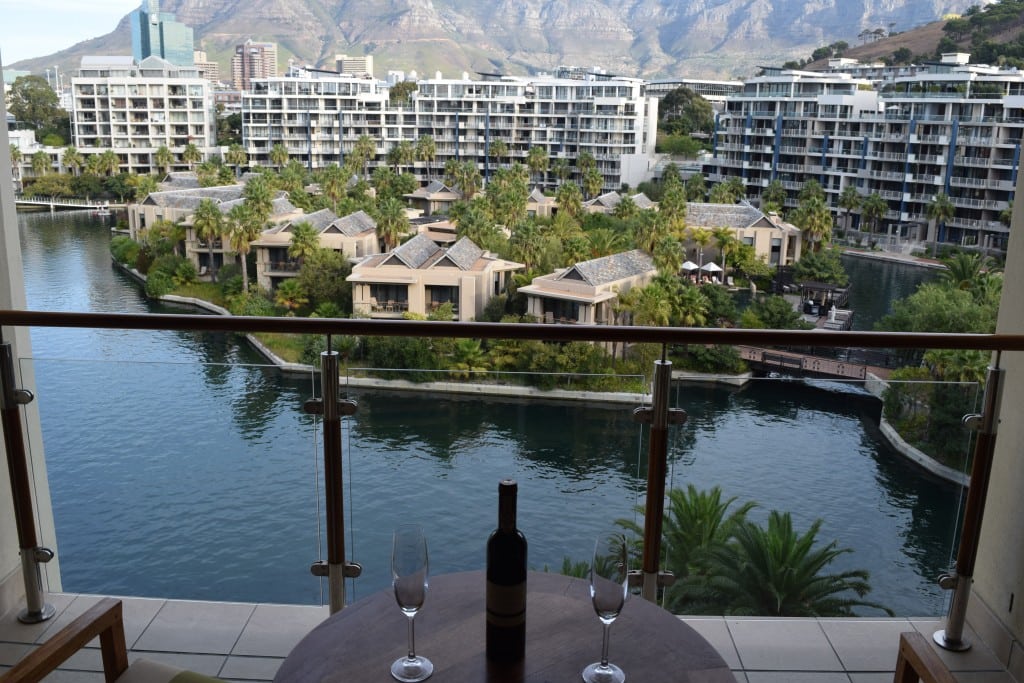 Knockout coastal views, over 400 wineries, leisure diversity, and lots of game, both golf and wildlife presents South Africa as an exotic and alluring destination.

Fly into Capetown, the Mother City at the base of Table Mountain, and ride the gondola to the top for hiking and viewing the capes below. In the distance is Robben Island, South Africa’s Alcatraz where Nelson Mandela served time. His mighty footprint looms large, a reminder of peace in this rainbow nation of 11 official languages. Afrikaans is the easiest to learn although everyone speaks English. Thank you very much translates as Baie dankie, pronounced Buy a Donkey. It was our mantra. 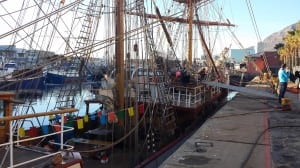 Capetown’s Waterfront is a central harbor district of artisan shops, restaurants, aquarium and upscale mall. Accommodations, like the One and Only Hotel, provides incredible views of Table Mountain and lagoon serenity with one of the largest open bars that is a favorite among locals and visitors alike. A dramatic drive along the Atlantic Seaboard leads to the southern tip of Cape of Good Hope, where we fell in love with jackasses – South African Jackass Penguins on Boulders Beach. We watched their life cycle in an hour as they preened and swam in and out of the water. En route from the parking area, tribal carvings and crafts were laid out for purchase and a band played for tips. 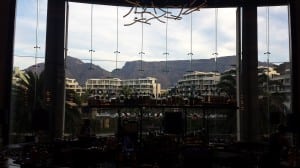 We continued to feel the beat at 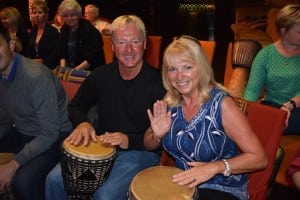 Gold’s for dinner, participating in a djembe drumming session and family style taste safari of native dishes, complemented by interludes of song, dance and face painting.

Cuisine is full of flavor with healthy fresh grains, veggies, fruits, seafood and lean, sweet not gamey meat. We first tried Springbok Carpaccio at Ernie Els winery. He role models the marriage between wine and golf in the Stellenbosch region where the picturesque De Zalze Golf Club held the 2006 World Amateur Team Championships. 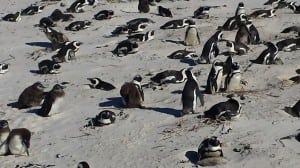 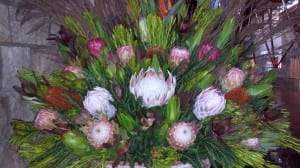 Along the garden route, Arabella Golf Resort and Spa sits above the Bot River lagoon below Mount Heron. The signature Par 5 8th tee box delivers a 360 degree view with 100 foot elevation drop. Pinnacle Point is one of the most intimidating and exhilarating courses with shear rock cliffs against the roaring Indian Ocean for scenery that surpasses both Bandon Dunes and Pebble Beach. Pezula Golf Resort is another seaside favorite in the town of Knysna (word meaning “straight down”). So are many of the holes on this mountainous course with very few flat lies. 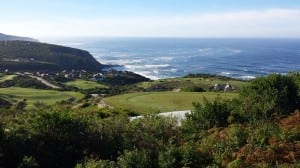 Fancourt­ is an iconic resort represented by Branden Grace, a top 4 winner, along with Masters Champion Louis Oosthuizen. These two finished the Presidents Cup 2015 undefeated in their matches.  The number one ranked Links course was made famous by the 2003 Presidents Cup. This Gary Player’s Signature course is as tough as it is beautiful. The Montagu and Outeniqua parkland style courses feature lakeside greens and botanicals. All of the resorts were upscale luxury in accommodations, amenities, service and cuisine, even the game lodges. 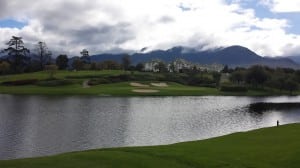 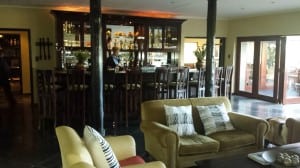 Pumba, three safaris, four of the Big 5 and thousands more animals blew us away. Imagine an open range vehicle, Jurassic Park style. Safety instructions are to stay seated and calm when animals are near. Our ranger explained the behaviors of different species as they appeared, then stopped for libations. What, we get out? One sip and giraffes started popping up like a series of jack in the boxes all wound up. They lined the horizon to the left and right as the sun was setting. Gin and tonics were abandoned for the photo shoot. More and more joined the cocktail party until they tolled 11, stretching and intertwining their heads. They split up and sauntered one by one, on the left and right in a time lapsed heart shape around us, as if choreographed under the full moon. 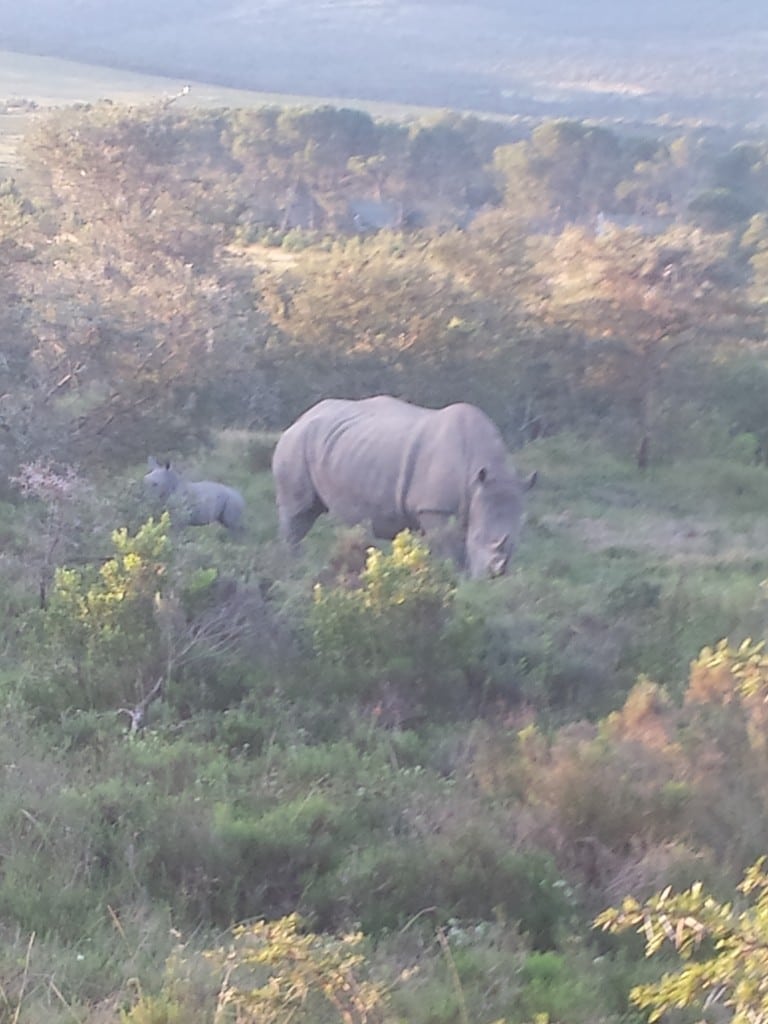 We were the first humans to see a White rhino with her wobbly-legged 3-week-old calf, fathered by one of 6 poached this year for their horns. Then we met a white lion family after dark. The king of the jungle lazed on the right side of the path, while mom and cubs frolicked on the left. It was intense as we gasped in awe and muffled our giggles. We waited for them to clear before safely returning to the lodge for another divine meal of kudu and drinks by the open fire. 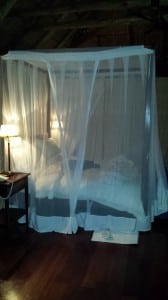 This is a tiny glimpse of the wonders of South Africa; watch online for more. From $3,775 per person sharing a 12-night stay in 4-5 star properties, 6 rounds of golf, wineries and concluding with a game drive, we trust the guys for safety, at www.progolfsafaris.com. No ebola, no malaria in the eastern cape game drives.

Got game? We’ll join you!